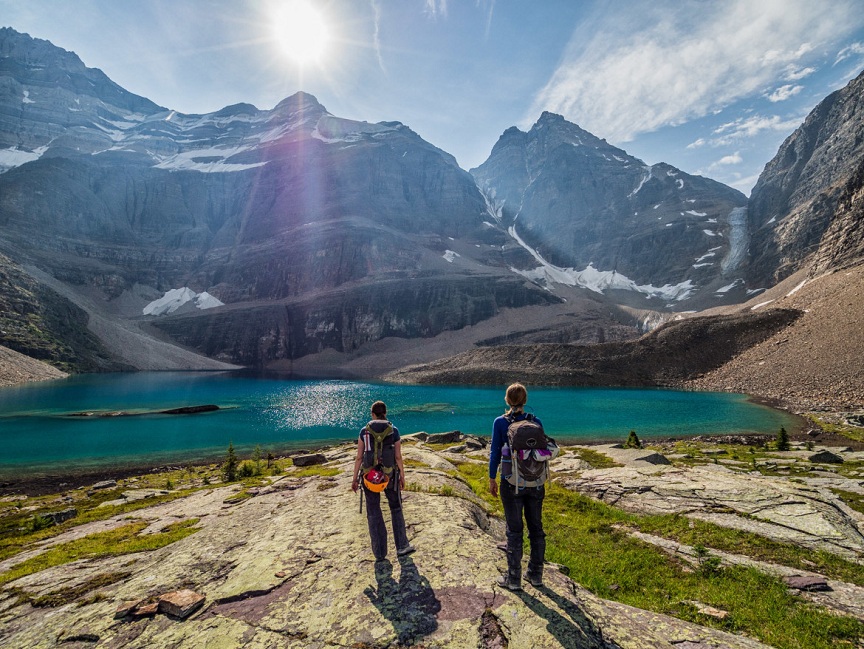 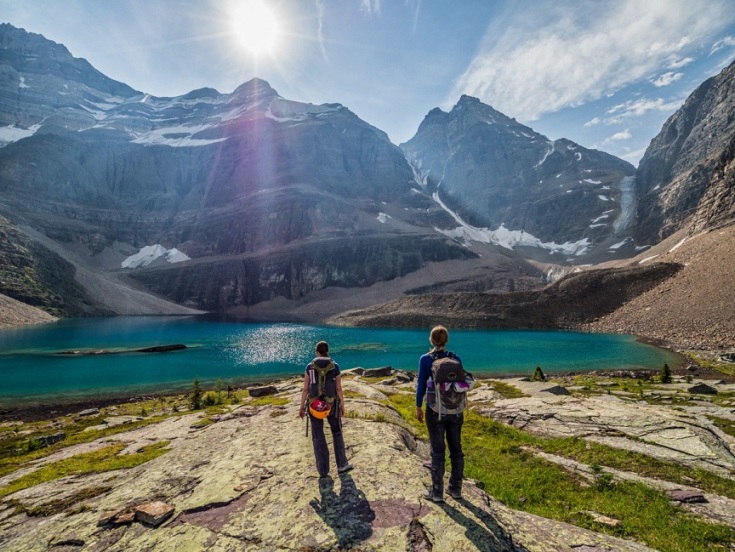 In light of Eugene Peterson’s passing last week, I wanted to share the notes I took from a weekend spent with him talking about the formation of people on this faith road and specifically the place of spiritual direction in this journey.  6 years ago, I took a bus to Montana, stayed with a bunch of other people at a retreat centre close to Eugene and Jan’s home.  They would come and spend time with us, sharing from their lives what they had learned.   I was pregnant with Emmanuelle, about 15 weeks, and was starting to feel her kick and move around in my body during this trip.

So here are the notes, typed out, but written as I took them.  As happens  with all learning, these are his words recorded here but through the filter of what I was going through and what stuck out to me.   I wanted to offer them as another way of honouring his words and their place in my journey.

-slow growth.  God is not fast.  Our transformation is not instant – not a forced-air furnace.  We wish you would move decisively, instantly, in our favour, God.

-the Benedictine pause of St. John’s Abbey.  Pause – then – nothing.  A pause, a silence in between speed, in between sound.

-the discipline of silence is transformative, the practice of being silence, which penetrates the benedictine prayer (which penetrates, or could penetrate, our daily life, if we let it).

-Somethings are only perceived in silence – a ritualized, regular silence.  There are some things that happen in our souls only in solitude.  Only when we’ve stopped talking.  Stopped trying to apprehend.

-In the christian whole of life, there’s a balance of cloister and community and hospitality.  Cloister….silence, solitude.  Community…..togetherness.  Hospitality……giving of ourselves.

-The voices – do they fade away?  Do they leave you?  Do you stop listening to them?  does your voice leave you?  will you hear God’s?

How on earth do I do this in this season? …….I wonder if maybe that’s not the question.  probably not.    …………Just look for these details of where God is in your busyness.  Pay attention to the small details right in front of you.  Pay attention.

Scripture is less instruction and so much more poetry. Apprehended rather than conquered, acquired.  Because the goal is changed heart, not changed ideas……

How can our culture learn poetry?  Which is, to learn scripture?  Not with information, not with directives like we are so educated to do – its such flat language.  But with imaginations, images, glorious and 3 -dimensional.

We can not, we will not defend the truth of scripture by thinking its literal.  It loses its reality, its trueness when you demand that it be literal, when you translate it flat and literally across.   The meaning of scripture is within the words, the contexts, the stories, the poetry, the metaphors, the analogies.    Inhabiting the language of scripture – the truth.  -what does it mean to inhabit these words?  To live inside of them?  to get used to them, their way of speaking, only after time?

Sin.  Re-thinking sin.  Get rid of the word “sin.”  In greek and hebrew, sin is a metaphor for our state, our orientation.  Its not an abstraction – its become a useless word.

Its been understood that there is law and gospel and that you had to have one to know the other – had to have the law to know how sinful we were and then we could know the gospel.

but reverse it.  Gospel first.  Freedom and imagination first. Then law/sin. Then you have content to put sin in and this way it will never depersonalize the gospel into a “get away from the bad place” mechanism.  The gospel is a total way of being thing, not a saving our own skin thing.

Barth – always focus on Christ, on Jesus.  Right at the centre.  Focusing on Christ reconciling the whole world, all, everything, to himself.  Focus on Christ creating a relational world where love and faith and obedience are personalized and THEN you can understand and know the place of our sin.  Its smaller than Jesus.  He is over and under it.  surrounds it.

The centre of what’s going on is Christ crucified.  Ireneaus, Barth, Torrance, Bonhoeffer – there are no black and white answers in the question of heaven and hell.  At the end of the day, when it comes to heaven and hell, maybe its helpful to remember that all God wants is for us to love our enemies and be listening for him.  Never let this be thrown out – we should always come to others saying, “tell me what you think.”  Hell in the NT, in greek – gehenna – literally the garbage dump outside of Jerusalem.  Sheol – just where all dead people go.  Where death lives.  These are metaphors.  Jesus used metaphors to talk about ultimate things.

Perhaps the most important thing for a director, someone who accompanies other lives/souls, to focus on is to develop an imagination that can tolerate ambiguity.

Remember YHWH is not a noun, not even a proper noun.  It is a verb.  You cannot say who or what God is, you can only understand God in relationship to something else, to another person, to yourself.  (DIALOGUE…..)  Listening to God and to people.

The Spiritual Director – the character of…

Eugene’s first spiritual director treated him with dignity, not as a problem.  He was not treated as dumb  or empty and needing to be filled.  His first director did not know quite what to do with people but knew how to sit, talk, get to know you as you.

Directors have real and messy lives too – they are not on a pedestal.  We serve people by not being too self-conscious about being a director.

Directors have to be honest.  Have to not be afraid of ambiguity.  Have to be prayerful, quiet, paying attention, not full of answers.  Have to be curious.  Have to love conversations.  Have to be relational, dialogical.  Have to see meaning and presence in the just ordinary stuff of a person’s life.

Programs so easily depersonalize a community.  Especially when the program is imposed from the top down – a good idea from the pastor/leader about what everybody should do.    Anything a community does has to be organic, has to come from the inside out–people have to be listened to.

The honest, fall-apart times of your life, where you don’t even know if God “is” – these are not a handicap.  Brokenness and disconnection lead to understanding and honesty and prayer and looking to and for Jesus and solidarity.  Brokenness and disconnection is the set-up – it is the lace where you can start to be a director.    Direction is not a teaching tool, it is a relational thing.  Could this be where God might start to be within our midst.

The humility involved with direction makes it hard.  We give up the pretence of knowing more and teaching more and we are just in a relationship with others, looking to Jesus together.

When others stories are trying, or wearying you and them – you help them be a good storyteller.  Sometimes getting people to tell their story in a different way.

–Did Jesus do this?  Get people to see, hear and tell their own stories in a different way? Does he somehow nudge us to re-tell our stores, re-see our stories?

Getting people to stop, to be silent, to cease from replaying their story over and over, this is where there might start to be freedom from the narrative to let another voice in.